Today on the blog I’m finally talking about some of my recent travels, specifically to Peru, although this post is more about the spiritual aspect of it than the physical traveling. 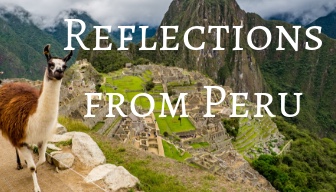 3 thoughts on “More Reflections from Peru”