“The Golden Braid” by Melanie Dickerson is the latest fairy tale retelling that is loosely connected to her other novels, but works as a stand-alone.  I was excited for this plot, as I love Rapunzal, but I felt it this followed the Disney version “Tangled” more than it did my memory of the original story.  When a story is adverstised to be a spin-off, I tend to assume it’s a spin-off of the original, not a spin-off of a spin-off.  Of course, that could just be my error.

Rapunzel has learned many things over her years: painting, distrust of men, and knife throwing.  But the one skill she desires most, she can’t find anyone to teach her: how to read.  When a local village boy asks for Rapunzel’s hand in marriage, Rapunzel’s Mother Gothel decides it is time to leave and go to another village.  On the way, they are attacked by bandits, but thankfully a knight comes to their rescue.  A very arrogant knight that Mother Gothel refuses to trust.

Sir Gerrick, whom some readers may recognize as one of the knights from “An Uncertain Choice”, stopped along the road to help some women who had been robbed.  For some reason, even after he rescued the poor damsels in distress, they will not talk to him, much less even look at him.  What he doesn’t know if he has a skill that Rapunzel desperately wants.

I have enjoyed other fairy tale retellings by Melanie Dickerson; ones I’ve read have been creative and captivating.  This one did not hold my interest; in fact, it never caught my interest.  I couldn’t stand Sir Gerrick; he was arrogant and rude.  Rapunzel’s character had two interesting aspects to hook a reader in: she could throw a knife but couldn’t read.  Being set in a medival time period, I’d guess that could’ve been said about a lot of people.  The plot picked up a little around three fourths of the way through, but quite frankly, this just wasn’t Melanie Dickerson’s best book.  I’d still recommend her works, and this one tied in fairly well with her others, it just didn’t seem to be held to the same standard as her previous novels.

Thanks to Net Galley and Thomas Nelson for providing me with a copy of this book to read and review.. All opinions are my own and were not required to be positive. 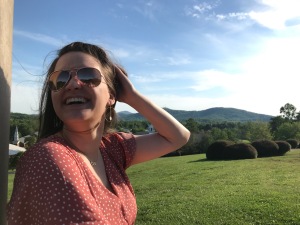